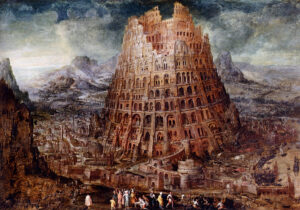 It’s not uncommon before, during, and even after July 4th, for Americans to speak of our nation as the “best country on earth.” The claim is typically followed by historical high points—victory over the Nazis in World War II—or the financial support given to nations around the globe. Christians often point to the number of missionaries sent to spread the gospel abroad.

Forming the backdrop to these benign claims are historians and political figures who employ evidence of their own as a critique of supposed excesses that come with a love of one’s nation. By drawing attention to slavery, warmongering, environmental pollution, their intention is to convince the populace that the U.S. is “no better than any other country,” and thereby steer their hearers away from nationalism.

Former president Obama used the phrase “citizen of the world” during several international speaking engagements. Unsurprisingly, his choice of words was interpreted by partisans as suggesting disloyalty to the United States. It should be noted that the historian Winthrop Hudson, in his Religion in America (1973) commented that members of the revolutionary and post-revolutionary generation regularly referred to themselves as ‘citizens of the world.’”[1] Whether or not they meant the same thing as the 44th Commander-in-Chief is a discussion for another time. As the above examples show, there is perennial tension between the universal and the particular in the context of citizenship.

On a fundamental level, people love their country of origin in a way that defies the inductive arguments levelled by outsiders. In The Four Loves, C. S. Lewis draws attention to the healthy place of patriotism, observing that, “A man who really loves his country will love her in her ruin and degeneration.”[2] To love one’s country in an exclusive sense is not idolatrous, though Lewis explains that it can become so. He adds the qualification, “patriotism, then, has many faces.”[3] A healthy kind of patriotism presupposes the discrete and dignified existence of diverse nations. The Bible itself not only assumes their existence, but claims that God appointed their very locales. Deuteronomy 32:8 reads, “When the Most High gave to the nations their inheritance, when he divided mankind, he fixed the borders of the peoples according to the numbers of the sons of God.”

In a world corrupted by sin, this arrangement is gracious. As the story of the Tower of Babel teaches, unity in a bad purpose is exponentially worse than the evils of individual nations. “If this is what they can do,” says the LORD, “… nothing they propose will be impossible for them.” On balance, other passages in the Bible speak of nations being unified and at peace (Isaiah 60; Zechariah 8; Micah 4; Psalm 87). Solomon’s reign was exemplary on account of its peaceful relations with its neighbors (Kings 4-10). This favorable arrangement was not, however, typical for ancient Israel.

Such being the case, our own desire to break down the divisions is correct. Tragically, the countless attempts by kings, rulers, and even Popes, to perform this task by force have not ended well. Andrew Fuller (1754-1815) knew from experience the threat of political power in particular to disenfranchise and even overwhelm religious minorities. Until decades after his death, an English citizen could not attend Oxford or Cambridge if they were not Anglicans. In his commentary on Genesis chapter 11, Fuller wrote with these experiences in mind—and those of a more severe nature—in the following:

The division of the church of the world into independent nations has also been a great check on persecution, and so has operated in a way of mercy towards the church. If the whole world had been one despotic government, Israel, the people of God, must in all ages have been reduced… [to]… a mere province of another power, which must have crushed them and hindered them… And since the coming of Christ, the only way in which he permits his followers to avoid the malice of the world, which ragees against them, for his sake, is this: ‘If they persecute you in one city, flee to another.’ Of this liberty millions have availed themselves, from the earliest periods of the Christian church; but if the whole world had been under one government, and that government inimical to the gospel, there had been no place of refuge left upon the earth for the faithful.

For some Christian, the specter of a “one-world government” looms large in their imagination. The U.N., the E.U., the G-7. These international organizations seek universal concord. Yet their best efforts have thus far, produced modest results. Economic policy alone has threatened to break the European Union apart. This single example demonstrates that unification on a deeper and more comprehensive level is a formidable, if not impossible, task. Negatively, national divisions breed rivalry and mistrust that can lead to war. Isolation, as the examples of North Korea and Iran prove, hurts a country’s most vulnerable citizens. The nullification of arms treaties, which have proven effective in the past 70 years, could precipitate a third world-wide conflict.

There are inherent limitations to what a single government can accomplish when there are borders, boundaries, and constitutions. Yet these same limitations, as Andrew Fuller noted, provide protection for minorities at critical times. National governments that were once relatively just and equitable to their citizens and neighbors can become corrupt and even diabolical. Yet geographical and political borders function, even incidentally, as boundaries in an ethical sense. The recent push to grant Afghan interpreters and their families asylum outside of Afghanistan is intended to protect them from the Taliban. Fleeing their home country  is anything but ideal. It assures, however, the survival of citizens who may one day help rebuild the nation they love above all others.

So whatever the external evidence—military strength, GDP, even piety—it is only fitting that of the 195 countries across the globe, there are voices from each who say and believe that they live in the best country on earth. And until Christ’s coming in glory to restore a unity that is blessed, perfect and final, we can be thankful for such patriotism.